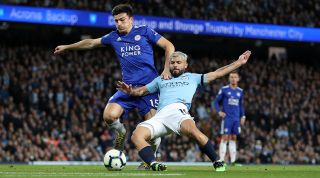 Manchester United look to have ended their chase for Leicester City ace Harry Maguire after hearing the Foxes’ price tag. According to the Mirror, Ole Gunnar Solskjaer had targeted the centre-back as he aims to rebuild his team over the summer, but the paper now reports that the Red Devils will walk away from a making an offer after Leicester wanted £90 million plus £10 million in add-ons. United were hoping to pay around £60 million, the paper says.

With Rafael Benitez’s imminent departure from Newcastle confirmed, attentions are turning to his replacement at St James’ Park. The Telegraph reports a number of names are in the running, including Patrick Vieira, Steven Gerrard and Mikel Arteta, with Bournemouth Eddie Howe also said to have made the shortlist in their search for a younger coach.

Still with Newcastle, and the Mail says Burnley manager Sean Dyche is also seen as a potential successor, but a £10 million compensation fee could rule him out if the Magpies decide he would be too expensive.

Joao Cancelo is wanted by Manchester City, the Star reports, with talks over a possible £44 million deal said to be under way with Juventus. Danilo could be on his way out to make way for the 25-year-old, the paper suggests.

Ousmane Dembele: Bayern Munich have opened talks with the Barcelona forward’s agent, the Mirror says, as the potential return of Neymar to Spain leaves the 22-year-old’s future unclear.

LIST The 11 most memorable transfer swaps... and which club got the better deal