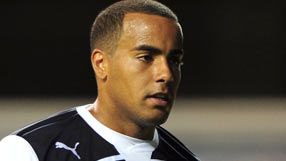 The 23-year-old England international missed Saturday's 4-2 victory over Blackburn Rovers and is set for an extended spell on the sidelines after scans confirmed he needed an operation.

"Following consultation with several independent ankle specialists, it has been determined that Tom Huddlestone will undergo surgery on his right ankle," said a statement on the club website.

The injury is a blow to manager Harry Redknapp who will be without the powerful midfielder for the club's remaining Champions League group games.

Huddlestone is the latest addition to a mounting injury list at the North London club that includes Jermain Defoe, Michael Dawson, Jamie O'Hara and Jonathan Woodgate.