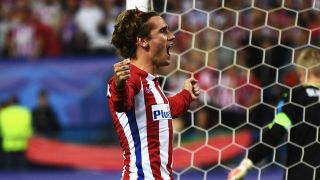 Atletico Madrid star Antoine Griezmann has seemingly rejected reports suggesting a deal has been struck for him to join Manchester United, claiming he is yet to make a final decision over his future.

As well as insisting he remains a Colchonero – a term used to describe players, coaches and fans associated to Atleti – the France international declared recent rumours about his next move were inaccurate.

Griezmann declared no verdict on his future will be reached until he has held talks with his representatives.

"The rumours are unfounded, I am still a Colchonero," Griezmann wrote on Twitter late on Friday.

"My destiny will be decided after discussing it with my sporting advisors."

Speculation linking Griezmann with a move to Old Trafford has intensified over the past week.

First, the 26-year-old rated his chances of a move to United as "six out of 10", a chance that was reported to have increased significantly when Jose Mourinho's men won the Europa League to seal a place in next season's Champions League.

Griezmann then hinted he was willing to leave Atletico by revealing at his autobiography launch that he would consider his chances of winning trophies when he considers his future this off-season.

But the forward has a €100million release clause in his Atletico contract and club president Enrique Cerezo has said he does not expect a club to meet that fee.

Griezmann scored 26 goals in 53 appearances for Atletico across all competitions this season.