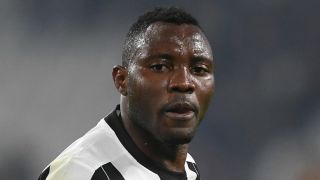 Inter have completed the signing of Kwadwo Asamoah, the versatile Ghana international joining on a three-year deal from Juventus.

Asamoah had already announced he was moving from Juve to Inter and the Nerazzurri confirmed the deal on Monday.

Asamoah, who can play in defence or midfield, won four consecutive Coppa Italia titles and six successive Scudetti at Juve.