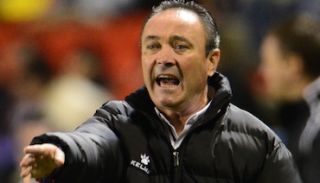 "I would like us to have appointed a new coach soon and if it was up to me it would have been done already," sporting director Manuel Salvador told a news conference on Wednesday.

"I have the coach's profile in my mind but I cannot say who it is yet," he added.

Local media reported that former Athletic Bilbao coach Joaquin Caparros was in the running for the job and that Martinez would likely replace Miroslav Djukic, who has moved to Valencia, at Real Valladolid.

Known affectionately as JIM, Martinez helped modest, Valencia-based Levante to finish sixth and qualify for the Europa League in his first season in charge in 2011/12.

They were on course to secure a place in continental competition again last term but their form tailed off towards the end of the campaign.