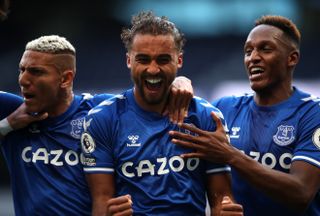 Everton are looking to extend their excellent early season form with another win tonight - this time against Fleetwood Town.

The Toffees are likely to rotate, with new signings James Rodriguez and Allan almost certain to step away from the first team. Some of the younger members of the squad may get a chance to play tonight.

Kick-off is at 7.45pm BST and the game is being shown on Sky Sports Footbball, Sky Sports Main Event and Sky Sports Ultra HD in the UK. See below for watching details where you are.