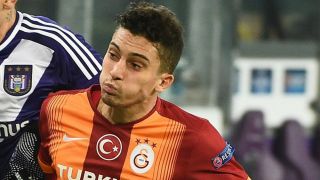 Alex Telles is set to join Porto after the Portuguese giants reached an agreement with Galatasaray.

Galatasaray confirmed the deal on Tuesday, with Porto to spend €6.5million on the 23-year-old full-back.

However, Telles was loaned out to Inter last season, playing 21 Serie A matches.