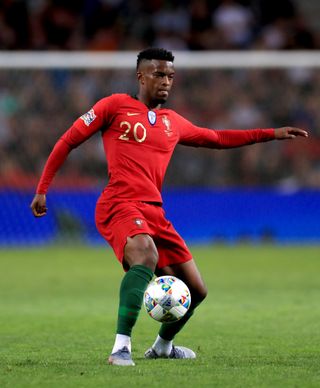 Wolves have signed Portugal full-back Nelson Semedo from Barcelona in a deal worth an initial £27.4million.

The Premier League club have announced the 26-year-old has signed a three-year deal at Molineux with an option to extend until 2025.

The fee could rise by a further £9.1million in potential add-ons, according to figures published by Barcelona.

Semedo, who has earned 13 Portugal caps, won two LaLiga titles and the Copa del Rey in a three-year spell at the Nou Camp.

His signing boosts Wolves’ options at right-back following the departure of Matt Doherty to Tottenham earlier in the summer transfer window.

Executive chairman Jeff Shi believes his arrival is a major coup for the club.

“Nelson’s signing shows we will never stop progressing and we are still hungry and humble in our heart.”

The move will see Semedo link up with a number of international team-mates including Rui Patricio, Ruben Neves and Joao Moutinho.

Semedo told the club’s website, www.wolves.co.uk: “I talked with some of them and they told me very good things about the club, about the team. I hope I can help them to succeed too.

“Last year they did a very good season and it’s a very important team in England, in also Europe. I hope this year we can do very good things.”

Semedo is also looking forward to linking up with his fellow Portuguese Nuno Espirito Santo, the Wolves coach.

He said: “Coach Nuno is a very good coach. He did very good things here in Wolves, and in other teams too. For sure I’m going to learn a lot from him.”

Semedo began his career with Portuguese third-division side Sintrense before rising to prominence with Benfica, with whom he won two league titles.

He joined Barcelona in 2017 and made 124 appearances for the Catalan giants, 42 of them last season.