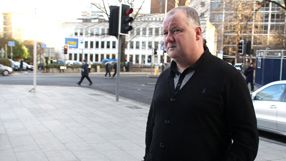 "Mr Rooney senior has always vigorously denied the allegations and maintained his innocence throughout the investigation," said his solicitor Anthony Barnfather. "He is delighted the matter has now concluded."

Rooney's father was among nine men arrested in October over "suspicious betting activity" surrounding the Scottish Premier League match between Motherwell and Hearts in December 2010.