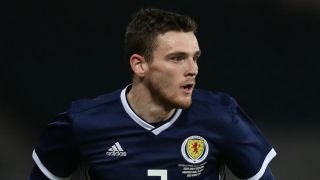 Both sides come into this clash on a massive high following crucial wins in the Euro Play-Off semi-finals earlier in the week. Scotland defeated Israel on penalities to set up a final showdown with Serbia on November 12, while Slovakia beat the Republic of Ireland in similar fashion and will face Northern Ireland.

In truth, both will be disapppointed not to have won those games in less nail-biting fashion but none of that matters now. They can each secure a spot in next sumemr's Euros and that is the focus now.

The UEFA Nations League is no longer a priority to Scotland or Slovakia and fans might expect the two coaches to use this clash as a chance to tinker with formations and personnel ahead of those November fixtures.

Scotland have a one point lead at the top of League B, Group 2, though, hvaing won and drawn their opening two games in this competition. Slovakia, meanwhile, are bottom of the pile after losing both assignments so far.

Expect a low-scoring affair between two nations still on cloud 9 following Thursdays heroics, with neither wanting to lose any key men through injury just a few weeks before enormous games.

Kick-off is at 7.45pm BST and the game is being shown on Sky Sports Main Event in the UK. See below for watching details where you are.