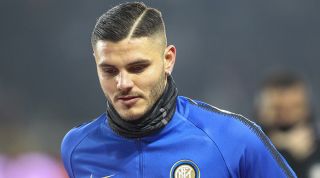 Manchester United are keeping tabs on Barcelona midfielder Ivan Rakitic, the Daily Mail reports. The 30-year-old’s career with the Spanish champions could come to an end this summer and the Blaugrana are considering selling him to help balance the books, the paper says. Inter Milan are also said to be admirers of the Croatia international.

Juventus have no intention of bringing Gonzalo Higuain back to Turin if Chelsea opt against keeping him at Stamford Bridge beyond this season, according to reports. The Sun cite stories in Italy claiming that Juventus are unwilling to pay his £300,000-a-week wages if the Premier League club decide to send him back.

David de Gea is in danger of being priced out of Manchester United despite the club being prepared to make him the highest-paid goalkeeper in the world, the Evening Standard claims. United are willing to offer the 28-year-old a new £350,000-a-week deal, but it has not been enough to reach a breakthrough with his representatives following a year of negotiations, the paper says.

Southampton are preparing to make a fresh bid for Red Bull Leipzig striker Jean-Kevin Augustin, according to the Daily Mail. The France Under-21 international could come at a cost of £35 million, with Everton also said to be keeping a close eye on him. Southampton were among several Premier League clubs to have approached Leipzig about a deadline-day deal for the French forward in January, the paper adds.

Goncalo Cardoso: Watford are said to have joined the chase for Boavista’s highly-rated central defender. The Daily Mail reports that a number of clubs are monitoring the 18-year-old’s progress, with Inter Milan and Lazio also keen on the Portugal Under-19 international.

Mauro Icardi: The Manchester United target has been offered an 11million euro (£9.5million) contract by Napoli, according to reports. The Daily Mirror says the Argentina striker looks set to leave Inter Milan at the end of the season and has attracted the attention of United and Chelsea, as well as European giants Real Madrid and Juventus. But reports in Italy suggest Napoli have put forward the huge offer to try to tempt him to the club.