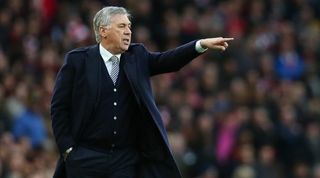 Everton have an experienced manager who's won Champions League titles at multiple clubs, building a sturdy side that can grind out results. This is one that can go either way, but the Toffees will be hopeful that with Dominic Calvert-Lewin and Richarlison spearheading the attack, they can take advantage of a defence that looked shot of confidence at Bramall Lane.

DID YOU KNOW? Everton and Southampton have released their kits for next season – see all the new Premier League kits here

Kick-off is at 6pm BST and the game is being streamed on Amazon and Twitch in the UK. See below for watching details where you are.

How to watch this game on your TV

There are two easy ways to get Amazon matches onto your television.

First, if you have an Amazon Prime subscription, you can get an Amazon Fire stick to plug into the back of your TV.

This comes pre-installed with apps, so as well as any Amazon Prime content, you can also watch Netflix, BBC Player, Disney+, ITV Hub, All 4 and YouTube – and it has Alexa voice command, too.

Second, you can simply stream the game on your laptop or mobile and hook it up to your television using an HDMI cable. You'll have to make sure you get the correct one for your device, but they're pretty cheap and simple to use: just plug into the back of your TV and you're ready to go.

Buy an HDMI cable for Macbook, PC, iPhone and iPad, or Android.

If you’re on holiday or just simply out of the country, your domestic on-demand services won’t work – the broadcaster knows exactly where you are from your IP address. Your access to the game will be automatically blocked, which is annoying if you’ve paid a subscription fee and don't want to use an illegal, buffering stream that makes you miss another Jose Mourinho tantrum. And that's where we recommend ExpressVPN (more on which below).