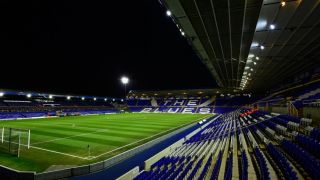 Birmingham City have been in the press more than usual lately, with young star Jude Bellingham perennially linked with a move to Europe's elite clubs.

Why he'd want to leave is beyond our comprehension, with the Blues solidly mid-table in the Championship and preparing to welcome Huddersfield to St. Andrews. There is little chance of Pep Clotet's side going up or down this year, but things don't aren't so boring for the opposition.

Huddersfield are mired in a relegation scrap for the second season running. The Terriers were licking their wounds this time 12 months ago after losing their place in the top flight and they may go one worse this time around. The club are perilously placed above the Championship drop zone.

A visit from promotion-chasing Preston North End soon means things won’t be getting much easier any time soon. Fans will be desperate for Town to emerge with something to show for it, particularly without the raucous support usually following them up and down the country. A massive few weeks lie in store for Danny Cowley’s side.