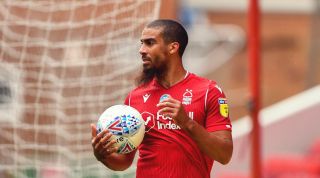 Seven points separate Nottingham Forest - who are in fifth - from Preston North End. Forest have been out of the Premier League for 20 years but will be hoping to put together a run of form that ends with a trip to Wembley this season. Sabri Lamouchi’s side just need one final push.

It'll take a bigger effort from Preston to get into promotion contention but it's not beyond the realms of possibility. A win today would be a huge step towards that late surge into the mix.