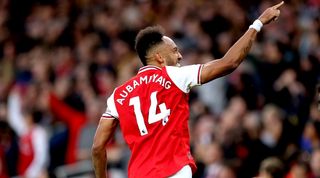 The Europa League gets a bit of a bad rep. It’s hard to get excited about a competition that plays on Thursdays (especially when it’s immediately after the other Europe-wide cup has its matches). It doesn’t even seem to believe in itself; the prize for winning it is not having to be in it for the next year. Nor does it help that as it progresses, Champions League rejects get parachuted in. The prospect of an even less appealing European competition somehow isn’t helping the poor Europa League’s glamour.

But that doesn’t mean it’s not brimming with actual world class stars.

Fine, you don’t believe us. That’s why we’ve collected the most valuable players in this year’s competition, according to Transfermarkt.com. Every player they have calculated with a transfer worth of over £30 million that will be plying their trade on Thursday nights is here.

There’s 29 to get, and eight minutes to get them in. A small warning, however: just because a player has recently moved doesn’t mean that is what their actual value is calculated at.

Once you’re done, send a screenshot of your score to @FourFourTwo on Twitter, and challenge a mate to do better. Obviously, the picture above is a bit of a giveaway – but if you're not getting him, you're going to struggle...

QUIZ Can you name every player from a Champions League Squad of the Season since 2016/17?

COMMENT Pochettino's pressure: why it's likely to get worse for Tottenham before it gets better