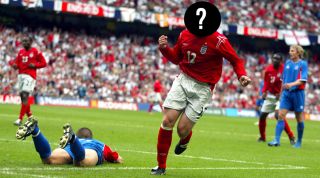 Our latest quiz focuses on England goalscorers since the turn of the century. We want you to name as many as you can in the 15 minutes provided, then let us know how you got on @FourFourTwo on Twitter – we'll retweet your scores to compare against our followers. The numbers in brackets refer to that player's total tally of goals across their whole England career, as opposed to the number they scored this century.

THEN TRY Can you name the top five English goalscorers in every Premier League season?

England will play their 1,000th international match on Thursday – but the two matches against Montenegro and Kosovo this week also make up the final games of the 2010s for the Three Lions.

So we're turning our minds to the turn of the century, and asking you to name every player to nabbed a goal for the national side in the very-nearly-20-years since.