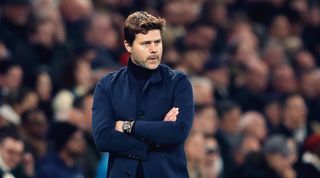 There’s always someone waiting in the wings for trigger-happy chairmen unhappy with the last six results. Luckily in this game, you may not have the best job security but the hiring rate is incredible.

Just look at David Moyes. He keeps getting jobs - even jobs he was relieved from - regardless of how well he did in his last role.

With so many big name managers out there right now though, how many of these gaffers are due their return?

The last victim of Europe’s elite, Ernesto Valverde can feel somewhat bitter about the way things ended for him at Barcelona. He delivered two titles and was still in the race for La Liga this season before Barca’s board binned him for the altogether smoother face of Quique Setien.

Valverde was a solid boss - just not the right fit for a club where appearance is everything. Quite a few clubs could well be clamouring for a pragmatic boss who knows a thing or two about winning - just don’t mention the European disasters.

Unai Emery’s tenure at Arsenal was nothing short of a disaster. Capitulation in the final furlongs of the 2018-19 season preceded a 4-1 Europa League final defeat to Chelsea. This all came before a full-on revolt against the Spaniard’s tactics the following season.

Don Unai may have effectively failed at two big clubs now, but he’s still the same boss who brought three consecutive Europa League titles to Sevilla. There are always ambitious clubs looking for managers to instil work ethics into their squads - West Ham United ring a bell - so it probably won’t be too long before Emery bids good afternoon to new employers.

The biggest sacking in the past year really - Mauricio Pochettino turned Tottenham Hotspur from outsiders into Champions League finalists, rebuilding the club from the inside and filling Spurs with genuinely world-class players. He hit a wall - it wasn’t wholly his fault, judging by the recruitment - but his parting from North London was genuinely a shock.

Manchester United are perennially linked with the Argentinian and Bayern apparently want his services too. Who knows though? Maybe the lure of Poch could be enough for a huge club to sack their manager - or maybe like Klopp a few years ago, he fancies the challenge of taking charge at a team currently outside of the elite.

One of the most feared and respected coaches in Serie A for years, Max Allegri’s time at Juventus reached some kind of natural conclusion last summer. He’s been linked with Arsenal since but was apparently taking a break from the game in autumn - could he be ready to return soon?

Allegri is untested out of Italy, so seeing him somewhere else would be intriguing. You get the feeling that the project has to be perfect to Big Max, but given the underwhelming campaigns that a lot of big European sides have had, don’t bet against Allegri assuming another coaching role soon.

Marco Silva’s time at Everton was supposed to be a brand new dawn for the club; a long-term project with a young manager at the helm. It ended with a whimper - now the Toffees’ form is looking healthier under Carlo Ancelotti.

Having taken charge of three Premier League clubs already in his short career though - and won titles with Olympiacos - it surely won’t be long before Silva’s back in football. He’s perhaps not the coach that everyone thought he would be when he went to Hull City, but he’s still a good manager for steadying ships.

Monaco won the title under Leonardo Jardim, faltered and sacked the Portuguese before bringing in Thierry Henry. That experiment ended in disaster, and Jardim was drafted in once more to correct the damage.

But Jardim is again out of work after leaving the Monegasque side in December. He was hugely successful in France, developing youth alongside older heads to build sturdy sides that were very difficult to beat at their peak. Another big European side will no doubt take a punt on his expertise soon.

He doesn’t look it, but Chris Hughton is 61. He’s approaching that phase in his career where he’s considered an old head - a safe pair of hands for a club that will tighten the defence and take things back to basics.

In many ways, he was unfortunate to get the sack from Brighton & Hove Albion, having kept them in the Premier League twice. Given the merry-go-round nature of the top tier though and midtable clubs’ penchant for appointing managers who were given the boot by another team in the division, Hughton must only be a matter of months - at most - from his next paycheque.

Manuel Pellegrini started the season in fine fashion at West Ham. What unfurled is perhaps best not expanded on.

At 66, the Chilean can’t have that many more jobs left in him, but really, a lot of managers have done worse in the Premier League. He’s still led Manchester City deeper than Guardiola in the Champions League and providing he still has the passion for the game, he could surely offer another midtable Premier League side his services.

QUIZ Can you name the 30 most expensive transfers of the past 12 months?