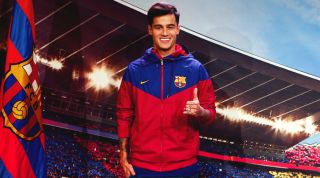 NOW TRY Quiz! Can you name the 25 highest-scoring Brazilians in Champions League history?

European clubs signing Brazilian players can be a risky game. They’re nearly always super-talented, but who can say whether doing 4,000 stepovers for Santos will mean success in a whole new continent?

Maybe that’s why so many of the players below get signed by Russian clubs first. Presumably, if you can transfer your ability from Brazil to Bashkortostan, then Europe’s other leagues seem like a bit of a doddle (well, that and getting a work permit more easily of course).

Yet the great thing about Brazilian signings – the hits and even the misses – is that they’re usually a joy to watch.

There may be a rise in Brazilian holding midfielders, but it’s still a country mainly associated with flair, dazzling skill and nabbing someone who might go on to be the best in the world. No wonder clubs have spent so much on Brazilians...