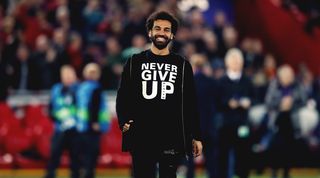 Five minutes on the clock, 28 answers to guess - that's 11 players on each side, plus three substitutes.

Anfield has one of the richest histories of any stadium when it comes to European football.

It goes to show what an incredible game the 4-0 vs Barcelona was, that it's one of that old ground's greatest nights. It was the impossible - and Liverpool pulled it off.

Still, a year later, the iconic image of the Kop joining as one to sing You'll Never Walk Alone together is enough to give you goosebumps - whether you love the Reds or not. (OK - maybe not if you support Everton or Manchester United)

Today, we'd like you to name both sides who featured in that game, substitutes included. It was only a year ago, after all...