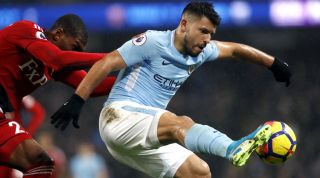 Only two players have scored over 200 Premier League goals: King Alan Shearer and Prince Wayne Rooney. But with such Prem royalty departed, there are some new names atop the list of active top-flight scorers going into the new season.

From well-travelled strikers to specialist penalty takers, each of these players have scored 22 or more Premier League goals as the season begins.

We’ve given you each player's goal total, club and current playing position. Let us know your score @FourFourTwo – we’ll retweet the best, if you don’t give answers away. Please challenge some friends and/or fierce rivals while you’re at it.