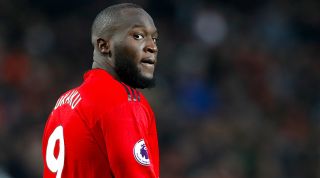 It's fair to say life could be better for Romelu Lukaku right now.

The burly Belgian hasn't even featured in pre-season yet amid speculation that he'll be off to Inter Milan imminently, following a disappointing Premier League campaign in which he started only 22 games and scored 12 goals.

Still, right now he's the highest scorer from his nation in English top-flight history since 1992/93 – and by a considerable margin, too.

Indeed, Lukaku is only one of 33 players from his nation to score a Premier League goal... and now your job is to name the others (OK, plus him too – you've got that one for free). We've slapped eight minutes on the board for you to get as many as you can, then tell us how you get on at Twitter (we're at @FourFourTwo – retweets up for grabs if you don't give answers away).

Note: Stars denote players still active in the Premier League, of whom there are 11 here. Good luck getting the rest...

FEATURE When Gareth Bale was unplayable: remembering his golden 2012/13 at Tottenham

QUIZ! Can you name the Premier League managers A-Z who've taken charge of the most matches?