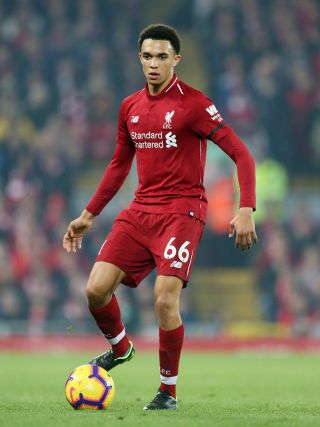 Liverpool’s Trent Alexander-Arnold and James Milner took part in training on Tuesday ahead of the Champions League last-16 second leg against Bayern Munich but Naby Keita was an apparent absentee.

Full-back Alexander-Arnold was taken off towards the end of Sunday’s 4-2 Premier League win over Burnley as a precaution and midfielder Milner, who has been hampered by a muscle problem, sat that game out.

While both were involved on Tuesday as Liverpool trained at Melwood before heading out to Germany, there was no sign of midfielder Keita in LFCTV footage of the session.

Another player not seen to be taking part was Alex Oxlade-Chamberlain, whose comeback appearance in a Premier League 2 match on Friday ended prematurely.

The midfielder, who has been sidelined by a knee injury sustained last April, was scheduled to play 45 minutes in the game but came off just before half-time with a minor hamstring issue.

The withdrawal was purely precautionary and Liverpool boss Jurgen Klopp said there was nothing to be concerned about.

The Reds go into Wednesday’s second leg at the Allianz Arena having drawn 0-0 with Bayern at Anfield in the first leg on February 19.