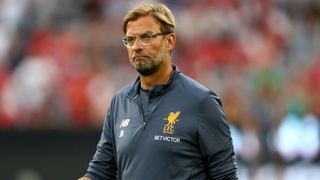 Liverpool will take on Hoffenheim in the play-off round of the Champions League.

Jurgen Klopp's side will battle the Bundesliga club for the right to take a place in the 2017-8 group stage.

Maurizio Sarri's Napoli face a fascinating tie against Ligue 1 side Nice, meaning striker Mario Balotelli will be faced with a return to Italian soil.

Sevilla have been handed a clash with Istanbul Basaksehir, while CSKA Moscow meet Young Boys of Switzerland and Sporting CP take on Steaua Bucharest.

The official result of the Who's going through? August 4, 2017

Scottish champions Celtic will meet Kazakhstan side Astana, with the first leg to be played in Glasgow.