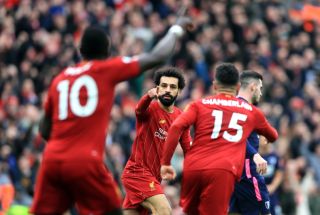 This time last year, Liverpool were the side in the ascendency, sweeping all before them in the league. Chelsea, who had been hit by a transfer ban, looked meagre in comparison to their opposition, who brushed them aside at Stamford Bridge.

A year can make a lot of difference. Liverpool are all-conquering champions, still able to turn over any side in the world on their day, and have added the world-class Thiago Alcantara to their ranks. But perhaps the gulf has closed a little between themselves and Chelsea.

The Blues needed bedding in last Monday night and didn't look as clockwork as perhaps fans would have hoped. But with a raft of new stars at their disposal, Frank Lampard will be hoping that the new signings click this weekend and snatch three points off a side that they're now fighting for the title against.

Kick-off is at 4.30pm BST and the game is being shown on Sky Sports Premier League, Sky Sports Main Event and Sky Sports Ultra HD in the UK. See below for watching details where you are.