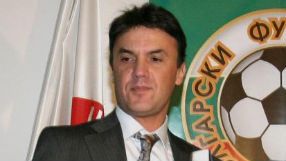 Mihaylov, who captained the team which reached the semi-finals of the 1994 World Cup in the United States, took one of the seven places which were up for election at the UEFA Congress on Tuesday.

The 48-year-old, who played for clubs in Portugal, England, France and Switzerland, is Bulgaria's most capped international.

Mihaylov and Lato, who played at the 1974, 1978 and 1982 World Cups, were among 13 candidates standing for the seven available places on the committee.

Lato, 60, top scorer at the 1974 World Cup with seven goals, has been president of the Polish federation since 2008.

The other newcomers were Sergey Fursenko (Russia) and Peter Gilleron (Switzerland).