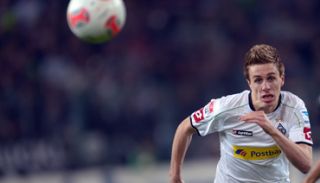 "I have been here for the last five years and during this time I have learned a lot and I want to develop further," said the 22-year-old, who received his maiden Germany call-up earlier this year but has yet to win his first cap.

The speedy winger has been at Gladbach since 2008, having played 94 league games and scored 16 goals.

Gladbach, who last season lost Marco Reus to Borussia Dortmund, Dante to Bayern Munich and Roman Neutstadter to Schalke 04, are battling for a Europa League spot with two games left in the campaign.

Gladbach, in eighth place, four points off sixth spot that lead to Europa League action next season, take on Mainz 05 on Saturday.