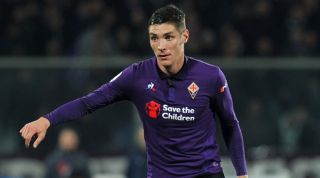 Manchester United have enquired about the availability of Fiorentina defender Nikola Milenkovic, according to reports in Italy.

The Serbia international has been linked with a move to Old Trafford for some time after an impressive spell in Florence.

Gianluca Di Marzio reports that United made an approach to the Serie A club about the 21-year-old two days ago.

The move marks the resumption of their interest in the defender, who can operate at centre-back or right-back.

Fiorentina received a €40 million bid from the Red Devils for Milenkovic in January, but turned it down as it failed to meet their valuation of €50m.