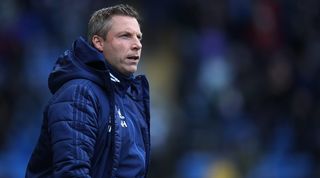 Preston and Cardiff will both be looking for their second win of the Championship season when they lock horns at Deepdale on Sunday.

Preston belatedly got off the mark for 2020/21 in unexpected fashion, recording a 4-2 victory over Brentford before the international break.

That surprise win in west London came on the back of a disappointing run in which Alex Neil’s side took just one point from the first nine available.

Both of their games at Deepdale this term have ended in defeat, a record Preston will be desperate to end this weekend.

Like their upcoming opponents, Cardiff have won one, drawn one and lost two of their four games to date.

And they too have been stronger on the road, beating Nottingham Forest at the City Ground and holding Blackburn to a 0-0 draw at Ewood Park.

Despite their mixed starts to the season, both Preston and Cardiff will be targeting a place in the play-offs this season.

The Bluebirds finished fifth in 2019/20 and were narrowly beaten by Fulham in the play-off semi-finals, while Preston missed out on the top six by just four points.

The Lilywhites have a clean bill of health heading into Sunday’s contest, a luxury that has not been afforded to Cardiff. Lee Tomlin is serving a one-game suspension and will play no part in the northwest, while Kieffer Moore is nursing a toe injury.

Given the impressive nature of their 4-2 victory over Brentford a fortnight ago, Preston could stick with the same XI they deployed in the capital.

That would see Sean Maguire leading the line in a 4-2-3-1 formation, with support provided from Scott Sinclair and Brad Potts out wide and Alan Browne in an advanced midfield role.

Browne tested negative for Covid-19 during the international break and should be cleared to feature at Deepdale despite conflicting reports earlier this week.

Kick-off is at 12pm BST and the game is being shown on Sky Sports Main Event and Sky Sports Football in the UK. See below for watching details where you are.