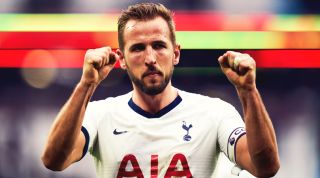 That's right! This is the first North London Derby ever to be played at the Tottenham Hotspur Stadium...But it won't be the event we've come to expect.

No fans is one thing, but two teams occupying mid-table with four matches remaining is the real oddity about this fixture. Spurs and Arsenal sit 9th and 8th in the table respectively, with neither harbouring genuine hopes of qualifying for the Champions League. They face, instead, a battle to make it into the Europa League spots. There's probably only space for one of them, with Wolves favourites to finish sixth, meaning this remains a tense occasion.

Arsenal are in better form than their neighbours, but as the old adage goes, form goes out the window on days like these. In truth, neither is any position to boast about their recent results, so it really is anyone's guess who comes out on top. Just sit back and enjoy the ride.

Kick-off is at 4.30pm BST and the game is being shown on Sky Sports Premier League/Sky Sports Main Event/Sky Sports Ultra HD/Pick in the UK. See below for watching details where you are.