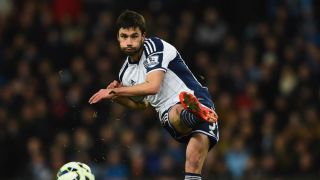 The Argentine moved to The Hawthorns from Racing Club in July 2012 and has gone on to make 85 first-team appearances.

His new deal will keep him at the club until June 2017.