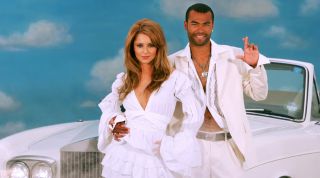 With the French populace electing Emmanuel Macron – named after Bolton’s stadium – and the revelation that le President is a former university-league left-back, there are now two No.3s as head of state: Prince Albert of Monaco also used to play there. But which former left-backs across la Manche might rip up the rule-book and sweep to power?

More effective on the left than Jeremy Corbyn. Has been known to read a big newspaper, so probably knows about grown-up stuff. Popular with both the metropolitan elite (Chelsea) and the post-industrial wastelands (Blackburn). But he may be a little too close to Europe for Brexit Britain, what with having been born in the Channel Islands with a suspiciously French name. His middle name’s Pierre, for God’s sake – what would Farage say?

Knows how to play the political game: Belgium-born and London-raised, he could have played for any of the Home Nations but opted for the Wales of his Toffees team-mates Neville Southall and Kevin Ratcliffe. Tasted newspaper attention by marrying the former Rolling Stones jailbait Mandy Smith. “Psycho Pat” wouldn’t be scared of the Commons cut-and-thrust, although he’d have to restrain himself from going in two-footed on the Leader of the Opposition.

A far more popular leader than his namesake Enoch, Powell has already won one election – he was chairman of the PFA until his retirement as a player. Moving into management after hanging up his boots, he certainly looks good in a suit – but he would have to overcome an enormous taboo: is Britain ready for a Prime Minister who once played for West Ham?

May seem a little young for political office but he’s barely three years younger than Macron. Respected elder statesman who has shown the necessary staying power: if a week is a long time in politics, imagine how experienced GazBaz is. Always capable of effectively switching positions, finding great popularity with centrist policies. However, he has been exposed a few times on the European stage.

Media-savvy and comfortable in the spotlight, Cole – currently winding down his football career with a personal-appearances tour of the USA – could be a David Miliband-style King Over The Water. Wouldn’t be the first to go from a teenage left-winger to an increasingly conservative position as the years rolled by. Certainly not afraid to make bold decisions, no matter how unpopular. Has been known to over-react to breaking news, although as PM he’d have a chauffeur.

Would get the White Van Man vote. Almost certainly knows how to eat chips or a bacon butty without looking like his stomach’s trying to escape through his face. Former England captain and manager who would doubtless lead the country bravely into the international arena… then back out again a couple of weeks later.