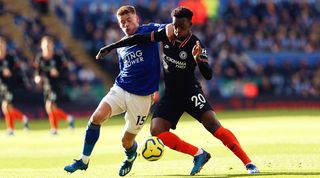 Leicester City and Chelsea are currently battling it out for a spot in next season's Champions League - but attentions turn to a very different prize this afternoon.

Leicester haven't exactly hit the ground running on their return to the Premier League, dropping four points across two games to Watford and Brighton and Hove Albion. As a former reserve manager at Stamford Bridge, Brendan Rodgers will want his Foxes to rediscover their edge, and having been defeated in the semi-finals of the League Cup to Aston Villa, the FA Cup could provide a trip to Wembley this season after all.

In the opposite dugout, Frank Lampard has also impressed with his brand of positive, possession-led football. With big names Hakim Ziyech and Timo Werner on the way, Chelsea will be even stronger next season, but will be targeting a cup win to cap the season off in style.

Kick-off is at 4pm BST and the game is being shown on BT Sport 1, BT Sport Extra 1 and BT Sport Ultimate in the UK. See below for watching details where you are.