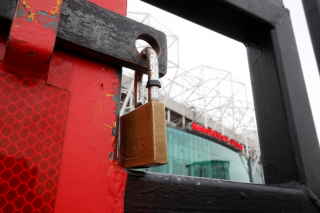 Public opinion has never seemed to matter quite as much to football as it does now. In fact, for much of its modern existence, the game has carried itself with a smirking disinterest in how it’s regarded. Not the players or managers necessarily, but the overall entity – the idea of football hasn’t cared what you think about its capitalism, its ticket prices, and its willingness to sell itself to any or all industries.

It has made the last six weeks oddly fascinating. The coronavirus is so pervasive that, for once, football hasn’t been able to carry on regardless. It hasn’t been able to pull down its blinds, mutter something about the need to carry on, and distract itself with its many self-interests. Instead, it has had to stop and then lobby for its right to resume.

In the first instance that negotiation has been with the government, of course, but also the people. The reason that so much of the Premier League’s thinking has happened out loud recently is because they want to know what the public will accept.

BUNDESLIGA'S BACK! Everything you need to know about this season so far

What can they do with provoking a hailstorm of criticism?

This is a PR war. Football’s stakeholders desperately want it to return, but understand that it has to happen in a certain way. No doubt health considerations are a genuine part of that, but the bigger imperative is packaging Project Restart in a way that isn’t an affront to decency and doesn’t damage the brand. It doesn’t want to appear reckless. It wants to look as if it’s returning to fulfil a function in the national interest, rather than just its own.

Danny Rose has spoken out about this. So too Todd Cantwell, Sergio Aguero and Glenn Murray. Some players have been more vociferous than others and have presented their concerns in different ways, but the themes are the same – health has to come first, players are people too, and there isn’t enough deference to the risk of infection.

These are all valid arguments. For supporters it’s also conflicting. Most would like football back, but you’d be hard-pressed to find many who sincerely believe in the coherence and credibility of the plans they’ve heard so far. Masks in matches? Turning away when tackling? It’s unrealistic nonsense, clearly, and so, for now, the players are talking to a sympathetic audience. People are cheering at the rants, the tweets, and the Snapchat stories.

But that could change. Slowly, the United Kingdom is going back to work. Government guidelines continue to stress the importance of not using public transport and adhering to social distancing policy. That’s easier in some parts of the country than others, though, and there are many people who remain reliant on tubes and buses to get to work. And, ultimately, to get to work in environments which haven’t been sterilised and which expose them to the threat of illness.

Increasingly, that’s going to become the norm. Different industries are returning at different times, many people could remain furloughed until the Autumn, but with the government encouraging those who can return to work to do so, a situation is approaching in which football players are going to be making these arguments to a population that doesn’t want to hear them.

The optics would be very difficult. As the financial realities of the crisis bite harder, more and more people face potentially being coerced into risking their health for financial or job security. Within that context, extremely well-paid footballers demanding the right to stay at home are not going to be very well-received.

Clearly, it’s more complicated than that. Quite obviously they would still be right to prioritise health. Unfortunately, though, those are the kind of nuanced-based arguments that don’t survive an angry backlash. Football will be the enemy. And, because they’re the public face of the sport, the players, not their employers, will be in the firing line.

Look closely enough and you can already find evidence of a changing mood. There are some who are beginning to weaponise the “if I have to, then you should” argument and, eventually, that position will reach critical mass.

It implies the importance of the Premier League and the players either reaching a satisfactory compromise over health and safety, or communicating the issues within that discussion more clearly than at present. If not, there’s a danger of the game being rushed back. In that scenario, the response – which would doubtless be conducted by some parts of the media – might be so bilious, that risks are taken just to save face and return to action as quickly as possible.

That’s what’s coming over the horizon and it must be avoided.