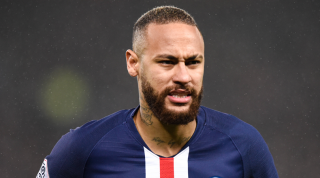 With footballers' wages often astronomical at the highest level, many clubs around Europe are asking players to accept cuts at this difficult time in order to help them stay afloat and keep non-playing staff in a job. Here, we give a quick run-through of Europe's top five leagues and reveal who has done what.

So far, no club has announced a reduction or freeze in players’ salaries. Some, however, have placed other staff members on a furlough (a leave of absence without pay), including Newcastle, Tottenham and Norwich.

“Having already taken steps to reduce costs, we ourselves made the difficult decision – in order to protect jobs – to reduce the remuneration of all 550 non-playing directors and employees for April and May by 20% utilising, where appropriate, the government’s furlough scheme. We shall continue to review this position,” Spurs Chairman Daniel Levy wrote on the club website earlier this week.

Critics might argue that, at the top end of football, reducing non-playing staff salaries is unlikely to make much of a difference to a clubs operating costs, given the huge gulf in income between the kitman and, say, Harry Kane, who reportedly earns around £200,000 per week.

Levy wants league bosses to do more in order to protect the financial future of its clubs. “We hope the discussions between the Premier League, PFA and LMA will result in players and coaches doing their bit for the football ecosystem," he wrote.

Chief Executive of the PFA Greg Taylor has ruled out a blanket ruling on players’ salaries, however, and is minded to allow individual clubs to decide their own path for the time being.

The first of Europe’s top five leagues to be seriously affected by the Coronavirus outbreak, Serie A has been suspended indefinitely. While there have also been no blanket decisions on players’ wages in Italy, some clubs have announced agreements aimed at helping them cope during this difficult period.

Juventus announced on Monday that it has reached an agreement with players and coach Maurizio Sarri, over salaries, with reductions put in place for a limited time.

The club said they had “reached an understanding with the players and the coach of the first team regarding their compensation for the residual portion of the current sport season, equal to the monthly payments of March, April, May and June”.

As the Italian club with the highest wage bill, Juventus believe they will save around €100m by reducing wages across the four months.

Other Serie A clubs, including Inter and AC Milan, have indicated a willingness to follow suit. None have announced action so far, however, with bosses wanting to know if and when the league will be resumed first.

Barcelona players have agreed to a 70% wage cut until football resumes and will also donate an extra portion of their salaries on top so that the club’s non-playing staff can maintain their full income.

"As well as the 70% reduction in our salaries during the national state of emergency, we will make a contribution so that the club's employees can earn 100% of their salaries during this time," Barcelona captain Lionel Messi said on his Instagram account on Monday.

The only top-flight club in Spain to announce there will be no cuts to players or staff is Real Valladolid.

As may be expected, the Germans have been ahead of the curve for a while now. With the league suspended indefinitely, Gladbach were the first club to announce players had waived their salaries entirely, followed by Werder Bremen, Schalke and Union Berlin.

“These are exceptional circumstances we have to deal with,” said Union Berlin president Dirk Zingler. “Our club’s purpose is football. If it ceases to exist, then it will touch the core of our existence. The management, our staff, the squad and backroom staff are giving up a lot of money to get through this crisis together.”

Bayern and Borussia Dortmund announced cuts, instead of total suspensions, with players happy to forgo 20% of their salaries until football resumes or is scrapped completely for the remainder of the campaign.

Bayer Leverkusen and its playing staff are currently in talks about which route to take.

Amiens became the first team in Ligue 1 to have announced cuts to staff wages. The relegation battlers have imposed a 16% decrease in salaries until further notice.

Lyon and Marseille, meanwhile, have imposed a state-sanctioned 30% decrease in staff wages. PSG bosses are hoping to convince their players to also accept the changes, but appear to be struggling to initiate negotiations after it was revealed a number of first-team stars travelled back to their native countries without the club’s permission.