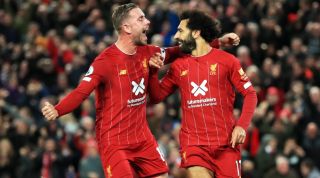 Amazon Prime’s Premier League coverage will be returning to our screens on Boxing Day and so will one of the most talked-about statistics in football.

“It’s something we’ve been working on for quite a long time,” he confirmed. “It’s years in the making, and with Amazon having the Premier League for the first time it offered the opportunity for them and us to bring audiences something new.

“People are always looking for new things to talk about, they’re looking for ways of bringing new understanding to audiences. that this is still very new, but it’s something that with time people will get used to and it just gives the guys broadcasting these games something a bit different.”

Using their extensive historical database they can analyse every goal, pass and shot to build the most accurate reflection of the impact of in-game events.

The model updates in real time throughout the match as a game progresses, with goals and red cards naturally provoking the biggest swing in percentage.

Historical club performance over the last four years is a major factor considered pre-game, as is form over the last year and home advantage.

Mr Deeley stressed that the stat should be taken as an indication, rather than a guarantee.

He said: “It’s not a case of saying this is definitively going to happen, it’s providing an insight into what is likely to happen given what’s happened previously.

“It’s similar to expected goals, another metric we created. It’s putting numbers to stuff people know already, to an extent.

“It’s probability based. Football is an unpredictable game. Exciting things will happen which will be a surprise to the model, and anyone watching.”

Opta do not claim to have invented the concept of win probability models - one was employed throughout this year’s Cricket World Cup, and live odds betting represents a version of the same calculation - but are confident their extensive historical data and testing of their model will mean it holds its own.

They have sought a balance between having enough data points for an informed result, and also exclusively including factors that will have a tangible effect on the game, to provide an accurate probability at speed..

Mr Deeley hopes the technology will be used widely in the future, and not just on television broadcasts. But for now, the Boxing Day and December 27th games will be the only place to see the graphic in action.

Arsenal’s 3-2 victory over Aston Villa from September is an example of how the live win probability reacts to on-field events.

When John McGinn scored in the first half those numbers became 33%, 29% and 38% respectively.

As the game went on Villa’s win probability gradually increased, and spiked up to 65% when Ainsley Maitland-Niles was sent off.

Arsenal climbed back up to first 22%, then 26%, as they were awarded a penalty which Nicolas Pepe converted.

That fell to 6%, compared to Villa’s 71%, when Wesley fired the visitors back in front.

When Calum Chambers equalised in the 81st minute a draw was deemed to be 69% likely.

But Pierre-Emerick Aubemeyang’s goal three minutes later put the chances of a home win at 85%, and the game finished 3-2.

QUIZ Can you name every team to spend Christmas in the Premier League's bottom three?