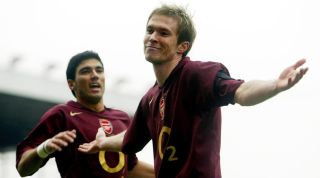 The Premier League may be an increasingly international stage, but it was always a diverse division. Even in the early years of its 1992/93 rebranding, England’s top tier boasted players from Latvia, Costa Rica, Estonia and beyond. (No Wakandans yet, but it can only be a matter of time before Pep Guardiola tries to get one in to play at full-back).

Of course, the major nations you’d expect are represented below. Players from Spain, the Netherlands, France and Germany have all each topped 300+ Premier League appearances. Many are goalkeepers or defenders, as you’d expect from such longevity, but the unique players from far-off lands are equally intriguing to us.

We’ve given you each player’s total Premier League appearances, their country and the clubs they’ve represented in the Prem. Let us know how you get on via Twitter @FourFourTwo – and please challenge some friends from around the world while you’re at it. Good luck!

*Still playing in the Premier League