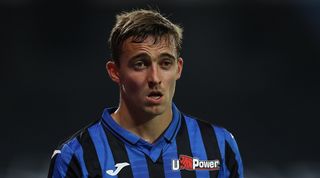 Serge Aurier has delivered some good performances for Spurs this season, but he's far too erratic to be a regular starter if the club wants to challenge for the top four next term.

Jose Mourinho will almost certainly look to strengthen at right-back in the summer, and he may also be open to adding another left-back to his squad.

Castagne is a versatile operator who usually plays a wing-back for Atalanta, but he also has experience playing in a deeper role in a four-man defence.

The Belgian can play on either the left or the right, which is probably part of the reason Tottenham are reportedly interested. An attack-minded player, Castagne nevertheless has more defensive discipline than Aurier.

Norwich had a slim chance of survival when the Premier League resumed last month, but they've not picked up a single point since then.

Aarons will hope that he won't be going down to the Championship with his current employers. The 20-year-old right-back has been a rare bright spot at Carrow Road this term, earning admiring glances from clubs higher up the food chain.

Dynamic and forward-thinking, Aarons has had plenty of opportunities to hone his defensive craft as part of a struggling Norwich side this year.

Ben Davies is a solid performer but Mourinho could seek an alternative to the Wales international in this summer's market.

Danny Rose doesn't seem to have a future at Tottenham, while Jan Vertonghen is set to depart and Mourinho views Ryan Sessegnon as an attacking player. With that in mind, a left-back might also be on the Portuguese's shopping list.

Grimaldo would be a solid acquisition. Technically sound, a tricky dribbler and a fine passer of the ball, he's a former midfielder who still pops up in central areas from time to time.

If Tottenham are looking for the polar opposite of Aurier, Hysaj might just be the man.

He's unlikely to do anything particularly spectacular in the final third, but the Napoli right-back is a reliable performer who's tactically aware and rarely caught out defensively.

The Albanian hasn't had his best season, but that's true of many players in the Napoli ranks. Now 26 and approaching the end of his fifth campaign at the Stadio San Paolo, Hysaj could be open to a change of scenery this summer.

Previously linked with a move to Chelsea, Frank Lampard now seems to have turned his attention elsewhere - which leaves the path open for Spurs to pounce.

Out of contract in 2022, Tottenham could land Tagliafico for an affordable fee if he formally requests a transfer. The Argentinian left-back is more attack-minded than Davies, scoring three goals and providing four assists in 24 Eredivisie outings in 2019/20.

LISTS The 26 maddest managerial sackings of all time