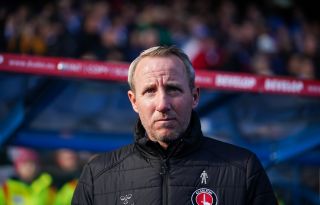 Birmingham City aren't yet safe from the drop but know another win or two should just about see them over the line. They sit four points off the drop yone with three matchesleft. It sounds bad, but there are several teams below them in a far more pracarious state. They'll see Charlton as a perfect opportunity to bag three points and the players will be motivated for a win.

The Addicks are in a desperate position, just one point above the drop zone and on a run of four games without a win. Another loss could be very grave for them indeed. A win, however, would put a bit of daylight between themselves and those below them.

Kick-off is at 6pm BST and the game is being streamed on iFollow. If you're an international fan who normally watched on iFollow but is in the UK for this game, you can get around geotagging with a VPN below.

It usually costs a tenner to see your team, but it only costs £6 if you are watching from overseas. So if you're an international fan in the UK at the moment and don't want to pay more, get yourself a handy VPN, and set your location back to overseas. We recommend ExpressVPN (more on which below).