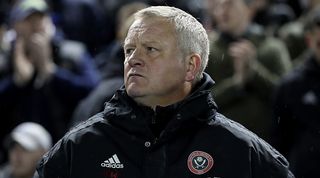 After a wobbly start to the season, Burnley have once again secured their place in another Premier League campaign. Sean Dyche's side remain and robust and disciplined as ever and deserve their place next season. They have little to play for in Sunday's encounter with Sheffield United, other than a chance to get one over on their fellow midlanders.

Sheffield United had had arguably the poorest restart of any team in the Premier League until a stinking victory over Tottenham Hotspur on Thursday evening. Until then, Chris Wilder's side had collected a single point from a possible nine and were in danger of undoing all their hard work until this point of the season.

That win has breathed new life into their campaign, however, and they are back in the Europa League spots going into the weekend. Qualification would be a huge achievement in their first season back in the top-tier of English football and they'll want to follow the Spurs victory up with a second straight win at Burnley.

Kick-off is at 12pm BST and the game is being shown on Sky Sports in the UK. See below for watching details where you are.