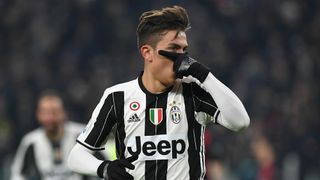 Juventus star Paulo Dybala admits it would be a "special" feeling to score against Porto goalkeeper Iker Casillas.

The Serie A leaders meet Nuno Espirito Santo's side on Tuesday in the second leg of their Champions League last-16 tie, having claimed a valuable 2-0 away victory at Estadio do Dragao.

Substitutes Marko Pjaca and Dani Alves grabbed the goals in that game, with Porto forced to play for over an hour with 10 men thanks to Alex Telles' red card.

Dybala has only scored once in the Champions League this season but, with three goals and three assists in his last five league matches, the Argentina forward is hoping to find the net against the Real Madrid and Spain great.

"With regard to Casillas, he's an historic goalkeeper for all he has achieved and for all he has won with Real Madrid and the Spanish national team," he told O Jogo. "Despite his age, he continues to be a big player for Porto.

"Obviously, I'd like to score a goal. It's my job as a forward to score goals. It would be special to score past a goalkeeper like him."

Dybala was also asked to assess his experience of working alongside veteran goalkeeper Gianluigi Buffon during his two years in Turin.

"To be with Buffon every day is an unbelievable experience," said the 23-year-old. "It's hard to explain, since he is a pillar of the squad and his influence on each of us is important."