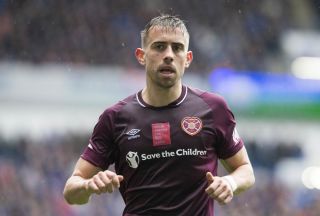 Hearts midfielder Olly Lee has extended his loan deal with Gillingham until the end of the season.

The 28-year-old has made 25 appearances for the Sky Bet League One club since moving in August.

New Hearts boss Daniel Stendel is reshaping his squad with the likes of Christophe Berra told to find new clubs and other loan players recalled but Lee is not part of his plans.