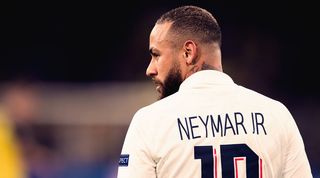 RB Leipzig are into their first ever European semi-final are dispatching Atletico Madrid in the quarters. They face the biggest challenge in their eleven year history, as Neymar, Mbappe and the rest of PSG's star-studded lineup look to win the competition for the first time.

Individually, PSG have the upper hand, but Leipzig coach Julian Nagelsmann has shown he can outthink far bigger opponents in previous rounds.