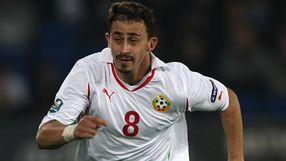 Yankov, who has scored five goals in 33 internationals, picked up the injury during his club Rostov's 4-0 win over Spartak Moscow in the Russian championship on Monday.

Montenegro top the standings with 10 points from four matches, three ahead of England, who have played one game fewer. Switzerland and Bulgaria have three points from three games, while Wales are bottom of the group with no points.