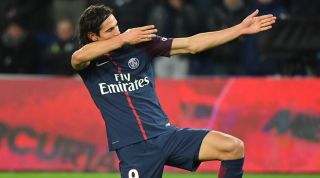 Strikers love targets, both in getting ‘shots on’ and the numerical ones they set for themselves. While at Tottenham, Jermain Defoe would motivate himself by crossing off players as he bypassed them on Spurs’ all-time scoring list. You’ve never lived until you’ve put a line through the name of ‘Len Duquemin’. Probably.

Anway, a new man is bagging the goals for Tottenham these days, but he’s not alone. As we reach the end of January 2018, each of these players has reached double figures in one of Europe’s big five leagues.

It’s a remarkably even spread too, with eight players coming from the Premier League and Ligue 1; while seven each have done the business in Serie A, La Liga and the Bundesliga. We’d hope you can name the Prem's goal-grabbers, but it does get trickier as you delve into the lower numbers abroad.

Still, eight minutes are on the clock to see if you can hit your own target – anything close to 30 is very good in our book. Let us know your score @FourFourTwo – we’ll retweet the best efforts – and please challenge some friends too. Good luck!