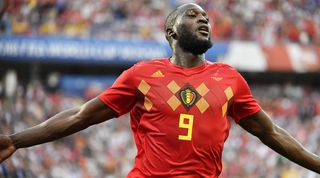 Five different Premier League players have got on the scoresheet in the first week of the World Cup, but we fully expect that number to rocket before the final in July. That’s because the Prem is so powerfully represented at Russia 2018 – not least within the ruddy Belgian squad.

However, it wasn’t always quite like this. It’s mildly surprising to recall that in 1998, just 12 Premier League players scored at the World Cup – with five of those being England lads. So just seven Premier League overseas internationals netted in France.

It’s crept up steadily since, yet every player to score counts in this quiz. These are the 107 times a Premier League player has scored at a World Cup (1998 to 2018) – with their country and club at the time of the tournament listed below.

There are 15 minutes on the clock for you to try to name as many as you can, then let us know how you did @FourFourTwo – we’ll retweet the best scores, if you don’t give answers away. Challenge some friends while you’re at it – they will be eternally grateful.