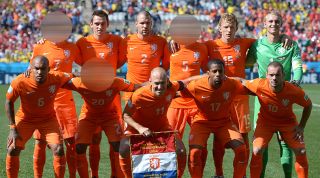 Must be great being a Premier League footballer and owning a Bang & Olufsen fridge, SMEG glasses and living out your childhood dream of playing for United, or City, or Rovers or whatever.

Yet these lads have gone a step beyond – each has played Premier League football in 2017/18 and travelled to a World Cup finals with their country. That can be anything from a German World Cup winner to someone who sat on the bench for England in 2010. Less fun, but they all count.

While all Premier League clubs boast various internationals these days, not every one of them can say they’ve been to a World Cup. So a nod of the cap to Manchester United, who top this list with 14 players who’ve been part of World Cup squads. Kudos.

Now it’s time to see how close to the magical 114 you can get. Fifteen minutes are on the clock and each player’s club and country is below. Let us know how you do @FourFourTwo – we’ll retweet the best efforts – and please challenge some quiz rivals while you're at it.