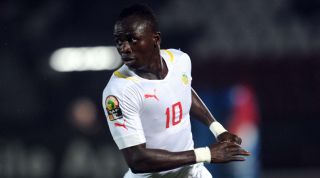 Of all the teams with at least one AFCON-eligible player in their ranks, Bournemouth look set to lose out least: Max Gradel was in line to represent Ivory Coast before an ankle injury ruled him out until February, so nothing should change for Eddie Howe's charges.

Next on the list are Crystal Palace. Senegal's Pape Souare will miss the tournament after breaking his thigh bone in a car crash, but the left-back's team-mate Bakary Sako has recovered from a groin strain and will probably be called up by Mali. Having made only three league appearances this season – all from the bench – he's unlikely to be missed too much, though.

The bigger concern for the Eagles is Wilfried Zaha, who recently switched international allegiances from England to Ivory Coast. It's not yet clear whether he'll head to Gabon or remain in south London during January, but Palace fans are hopeful it'll be the latter.

Watford could lose three players to the Cup of Nations, but Walter Mazzarri's first XI shouldn't be overly affected: Brice Dja Djedje hasn't yet played for the Hornets in the top flight, while Adlene Guedioura has only three starts to his name. Nordin Amrabat will be the biggest loss, although Watford's deep squad means Mazzarri should be able to replace the Netherlands-born Morocco international.

Arsenal midfielder Mohamed Elneny will be unavailable for selection during AFCON, although Arsene Wenger appears to have settled on Francis Coquelin and Granit Xhaka as his preferred duo in the engine room. Egypt will fancy their chances of winning the competition for the eighth time, so Elneny could be absent for around a month.

West Brom also thought they would lose just a single body, but Allan Nyom was one of seven Cameroon players to reject a call-up to the Indomitable Lions' squad on Wednesday. Tony Pulis will be hoping that the right-back isn't hit with a FIFA ban for the duration of the tournament, something the Cameroonian FA have threatened.

Ahmed Elmohamady is a two-time AFCON winner with Egypt and will be looking to complete his hat-trick in Gabon. The Hull full-back has already declared he'll be putting country over club in January, so Mike Phelan will have to find a deputy.

Next: Not ideal for this lot

Southampton look set to lose one member of their squad, and it comes at the worst possible time. Summer signing Sofiane Boufal has been in fine form recently but will jet off to Gabon to represent Morocco in just over three weeks. Saints fans will be hoping that a group featuring Ivory Coast and DR Congo is enough to see Herve Renard's men sent home early.

Manchester United's loss of Eric Bailly would have been seen as disastrous earlier in the season, but Phil Jones and Marcos Rojo's unlikely partnership means the Red Devils should be able to cope without the Ivorian centre-back.

United's chief rivals arguably have it worse, however: Sadio Mane has been terrific since joining Liverpool in the summer, and his departure to play for Senegal will be testing for Jurgen Klopp. The Reds take on Jose Mourinho's men just one day after the tournament finishes and will hope to have Mane back by then, although that's unlikely if Aliou Cisse's men make it through to the latter stages.

Philippe Coutinho should at least be back from injury by then, but the ex-Southampton man offers a different, more direct threat as part of a fluid front three. It's not all bad news for Liverpool, though: like West Brom's Nyom, Cameroonian defender Joel Matip has also opted to remain with his club during the competition.

Elsewhere on Merseyside, Everton will have to cope without Idrissa Gueye – arguably their best player so far this season. The Toffees' chief ball-winner will shortly be hooking up with Senegal, but Yannick Bolasie's knee injury means he'll play no part for DR Congo.

18th-placed Sunderland are learning that it never rains but pours, with Didier Ndong, Wahbi Khazri and Lamine Kone all preparing to jet off to Gabon. The Black Cats don't have a great amount of strength in depth and may struggle to replace their three absentees, particularly Ndong in the centre of the park.

Next: Who's getting hit hardest?

West Ham could also lose a trio of players: Sofiane Feghouli, who's admittedly made little impact at the London Stadium; Cheikhou Kouyate, a much more important figure for the Hammers; and Andre Ayew, who has struggled to make an impact because of injury following his £20m switch from Swansea.

Mame Biram Diouf has made 12 league appearances in 2016/17 and will be tough for Mark Hughes to replace when he swaps Stoke's shirt for Senegal's in January, while Egyptian winger Ramadan Sobhi has shown plenty of promise in recent weeks.

Although Wilfried Bony has disappointed since joining the Potters on loan from Manchester City, the Ivory Coast striker has a proven track record in the Premier League and represents a fantastic option from the substitutes' bench. He could be in Gabon for some time, with the Ivorians among the favourites to take the title.

Leicester, though, will lose out most. Jeff Schlupp and Daniel Amartey will both be turning out for Ghana, while star man Riyad Mahrez and Islam Slimani will be shooting for silverware with Algeria.

The latter pair will be particularly missed by Claudio Ranieri, with Mahrez and Slimani having been directly involved in 52 per cent of the 23 goals the Foxes have scored in the Premier League this term. Leicester fans will be praying for an early exit for the Fennecs.