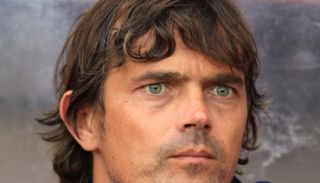 The 42-year-old Cocu will take over from Dick Advocaat, who is leaving the club after a disappointing season in which they finished second, seven points behind leaders Ajax Amsterdam, and lost the Dutch cup final against AZ Alkmaar.

"My development as coach is comparable to my playing career, step by step I go to a higher level," said the former midfielder who won 101 caps.

"Now it feels like the right time to step in as the club want to work on a long-term strategy in which youth players will play a big role."

Cocu had two three-year spells as an Eindhoven player, winning four titles, and also played for six years for Barcelona.

After he retired as a player in 2008, Cocu became youth coach at Eindhoven and he also assisted national coach Bert van Marwijk from 2008 until 2012.