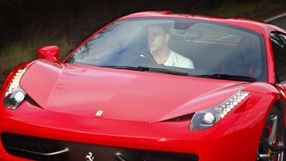 The 32-year-old central defender was watched by Chelsea's interim manager Rafael Benitez when he featured as an over-age player in a 2-0 victory over neighbours Fulham.

"John inspires all of the players," Chelsea's Under-21 manager Dermot Drummy told the club website. "He leads by example but the most important thing from the club's point of view is that he looked in good shape."

Terry hurt his knee against Liverpool, his first match back after serving a four-game ban for racially abusing Queens Park Rangers defender Anton Ferdinand, and was initially expected to be sidelined for three weeks.

The controversial Chelsea skipper has yet to feature for the European champions under Benitez, who took over 10 hours after the sacking of Roberto Di Matteo in November.