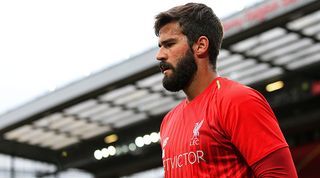 Premier League clubs have paid out over £260 million on agents’ fees in the past year – a rise of £50 million on the year before.

The latest figures released by the FA show that between 1 February 2018 and 31 January 2019, the Premier League spent more on agents than the whole of the top four divisions had in the previous 12 months.

This comes after plans were revealed for Premier League shareholders to discuss how to reduce the amount that agents are paid. These latest figures, however, ram home how difficult it will be to reverse this exponential trend. Hopes that the fees can be curbed, rather than cut, may end up being a more realistic ambition.

Liverpool were the biggest spenders for the second season running, after tying up contracts for Alisson, Fabinho and Naby Keita. They also saw by far and away the biggest rise, going from spending £26.8 million in 2017/18 to an eye-watering £43.8 million in the last 12 months.

Some of the fees from the incoming £75 million Virgin van Dijk and outgoing £160 million Philippe Coutinho transfers last January may have only been paid out during this period. How this equates to a £17 million increase is not immediately clear, however.

The second highest-spenders, Chelsea, were way behind on a comparably frugal £26.9 million.

Both Arsenal and Tottenham spent just over £11 million, making them the lowest spenders in the top six. In fact, given Spurs’ reticence in the transfer market, they have spent more on agents than they have on players’ transfers fees – while making a profit during the same period.

The lowest payers were Cardiff, with £2.8 million, and Burnley, with £3.9 million.

Possibly the most intriguing figure was from Wolves, who shelled out a relatively small £6.5 million. Given the close relationship between the Midlands club and super-agent Jorge Mendes (named by FFT as the most powerful agent in the world in 2016), which is proving fruitful, it comes as a bit of a shock that they aren't paying out more on the men in suits.

RANKED The 20 most powerful agents in football

HOW MUCH? The 20 highest-paid footballers in the world

With the club-record £32 million purchase of Raul Jimenez (agent: Jorge Mendes) being confirmed today, their figure will likely rise this time next year.

You can see the agents’ fees paid by every Premier League club between February 2018 and January 2019 here:

NEXT: HOW much, Liverpool?!